Director of Hindustan Electronics Academy
K.C. Samuel, Ph.D, was born and brought up in Kerala. After graduating from the Kerala University, he went to Chennai for higher studies in aeronautical engineering. Along with it he also underwent training in flying at the Madras Flying Club. He is a Member of the Aeronautical Society of India (MAeSI), a licensed Aircraft Maintenance Engineer (AME) and an Associate Member of the Institute of Engineers & Technicians. He is a private pilot licence holder from the Madras Flying Club. As a young aircraft engineer and pilot, Samuel’s dream was to start an aviation school of his own. But, he had set his priorities right and thus married Annie, a post-graduate in social science, in 1982. They have two daughters – Hanna and Eva. Samuel proudly says that his wife Annie has always been supportive and a tower of strength in his social service activities. She herself is well-known for her silent social work. K.C. came to Bangalore and set up the Hindustan Electronics Academy in 1983. Two years later he started the Hindustan Avionics Maintenance Engineering Institute in Bangalore, the first of its kind in India. It is presently known as the Hindustan Aviation Academy. He is presently the Director of Hindustan Electronics Academy, Hindustan Aviation Academy and the Evehans Business Academy. He is also the Director of the International Aviation Academy, and the Barons’ Pvt. Ltd, Kochi. He started the first private flying school in South India in Mysore in 1993 but was compelled to close it down for reasons beyond his control. He plans to return to the flying school project soon.

Long innings in Ysdom K.C’s association with the Y’s Men’s Club dates back to 1981, joining it in Chennai. He joined the Bourdillon Y’s Men’s Club when he decided to pitch his tent in Bangalore. He along with a few others formed the Y’s Men’s Club of Indiranagar in 1986. He was its Charter President. He has played a significant role in popularizing, strengthening and expanding the Y’s Movement in Bangalore. He took the initiative to revive the oldest Y’s Men’s Club in Bangalore which was originally chartered in 1942. The Club was revived and the new charter was presented in February 2007. He is presently the senior-most advisor to this club. During his long association with Ys Movement, K.C. Samuel has been: 1) Charter President of Y’s Men’s Club of Indiranagar, Bangalore in 1986-87 and again its President in 1987-88 2) District Governor in 1996-97 3) LRD Zone-1, South India Region 4) RSD, ASD, for several years 5) Elmer Crow Award winner 6) Honour Role Member 7) Paul William Alexander Fellow (PWAF) He is a Major Donor in Rotary Foundation. All his family members are Paul Harris Fellows. He firmly believes that “Y’s Men’s Club is a place where friendships are formed, fellowship fostered, companionship cultivated and comradeship created.” He urges all Y’s Men that they should behave responsibly. “It is only through our collective effort that the hope of our founder Paul William Alexander can be made a reality”. Samuel is a voracious reader and lover of music. His other passions include playing golf and badminton. He is a stickler of time too. So, beware, the new office-bearers! Lastly, he has a one liner as an advice to all Ys Men (with a twinkle in his eyes and a mischievous smile on his lips : “If you find someone without a smile give him one of yours”, literally and figuratively. 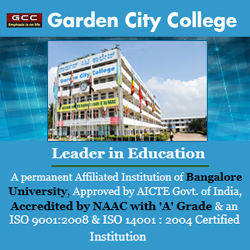